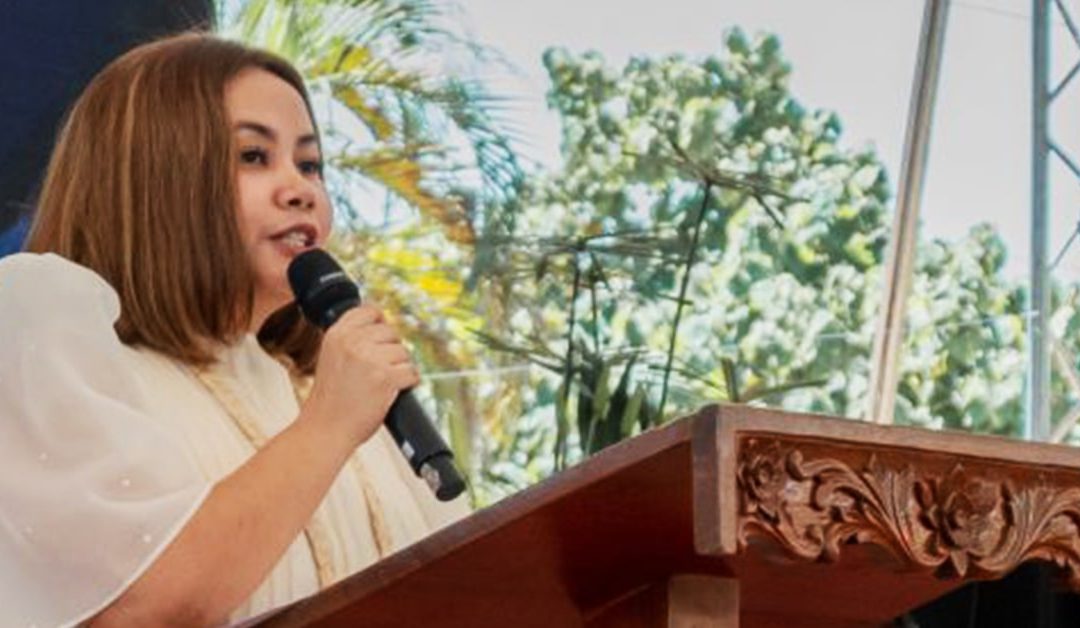 “As we move towards the future, I ask everyone to join me in this walk. A great vision requires great help and unity from the people.”

The youngest local chief executive the municipality of Cateel has ever had delivered her first State of the Municipality Address (SOMA) last October 29, 2022 at the Cateel Centennial Park. Attended by local and provincial leaders, the event highlighted the notable achievements of her administration during the first 100 days of service. Traditionally, the SOMA happens during the showdown of the participants of the Kutoo Festival Street Dance Competition. This year however, the SOMA was made a separate event in order to provide ample time for the municipal mayor to share her achievements, and lay down future plans for the municipality.

Among the achievements she mentioned during her SOMA were the 2.5 million budget allocation for the upgrading of the Cateel Municipal Health Office and the Cateel Medical Laboratory Services, municipal road repair, medical assistance, and environmental programs. Under her leadership, Mayor Nunez’ administration will focus on three key areas: Good Governance, Constituency Welfare, and Environment and Tourism.  She assured Cateeleńos that significant change and improvement will transpire during her term as she devotes her time towards the attainment of her administration’s goals.

“Ikaw haw ako, kinahanglan mag-iban para sang ikalambo ng pinangga ta na banwa,” said Mayor Nuńez as she called on her people to rally behind her in her quest to bring Cateel to a new frontier. With Mayor Nuńez at the helm, the municipality is truly on its way towards continued growth and development.